My Apologies! I Forgot Dak-galbi!!

Dakgalbi is such a popular Korean food so everyone loves it. I should’ve noticed that I didn’t post dakgalbi yet. My bad! Dakgalbi is a spicy stir-fried chicken dish with gochujang sauce and various vegetables. I would say that Korean ladies love it more than guys do because it’s usually quite spicy. And of course men also love to eat dakgalbi while drinking Soju. Also I know that many foreigners love to eat dakgalbi in Korea.

We visited one dakgalbi restaurant located in Namyangju City and ordered their main menu. It was of course dakgalbi and added cheese topping. When you finish your main dakgalbi, you can order a fried rice. And they will serve and cook the fried rice right in front of you. It is also great. 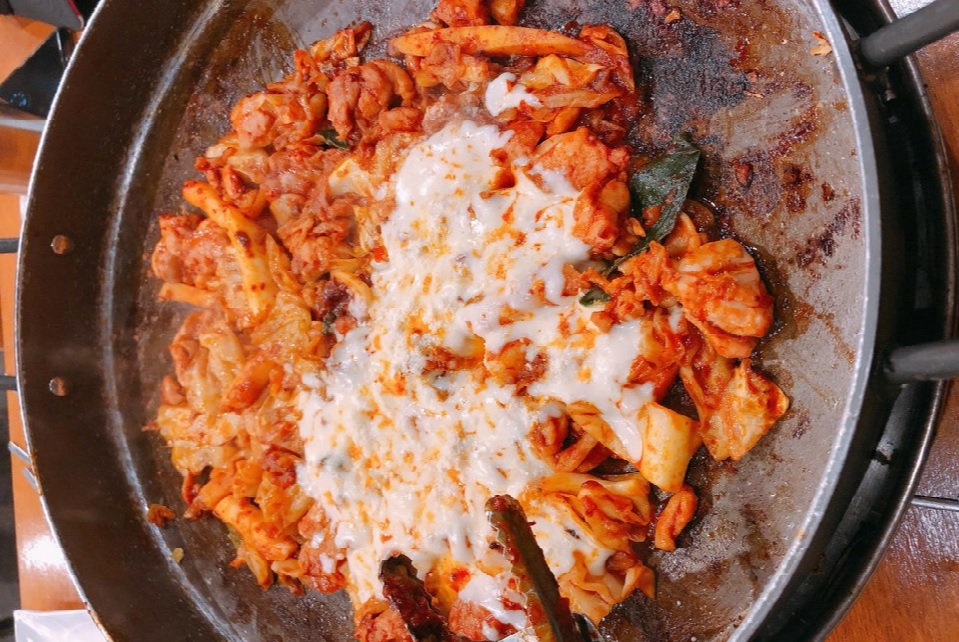 This is the picture of the dakgalbi we ordered with cheese topping. Does it look delicious? 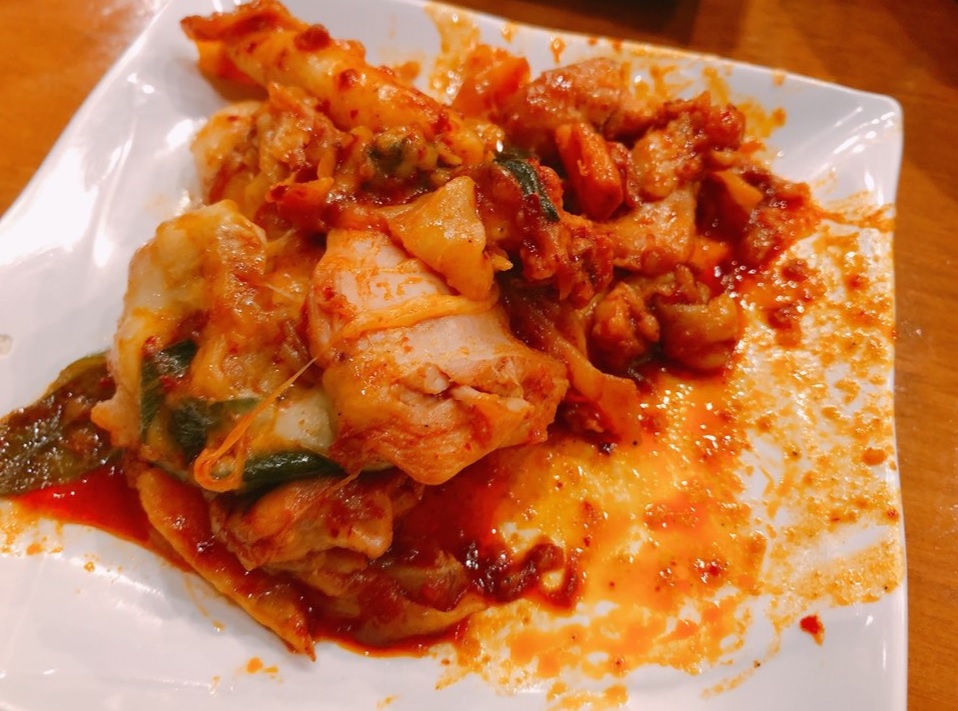 Doesn’t it look spicy already because of the color? It wasn’t very spicy to be honest so I enjoyed myself too. 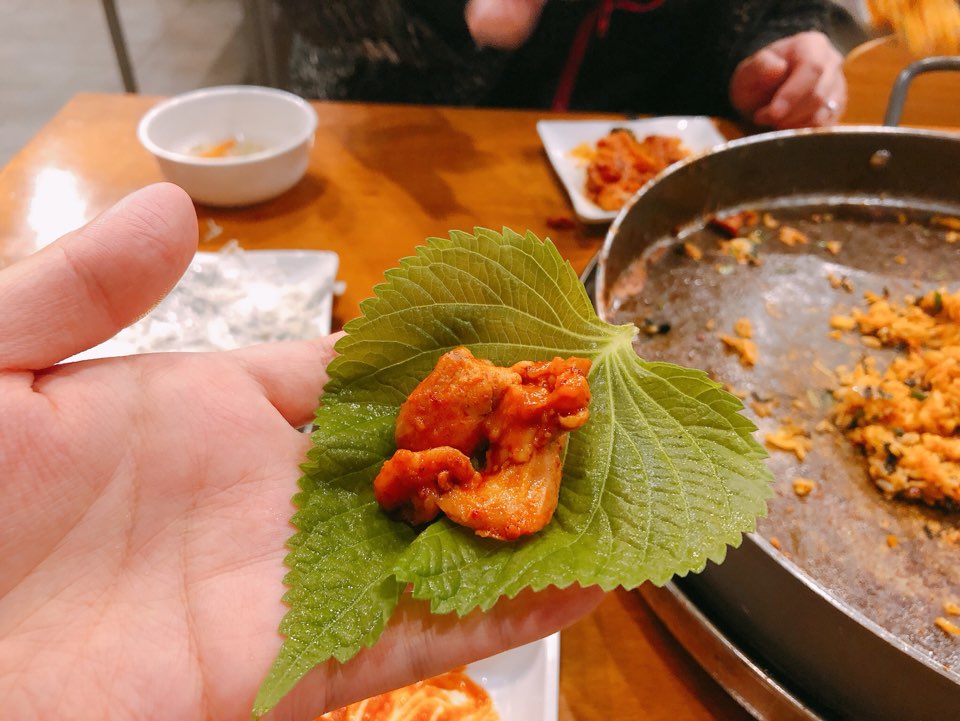 You can wrap it with the vegetables they serve such as lettuce and perilla leaves. 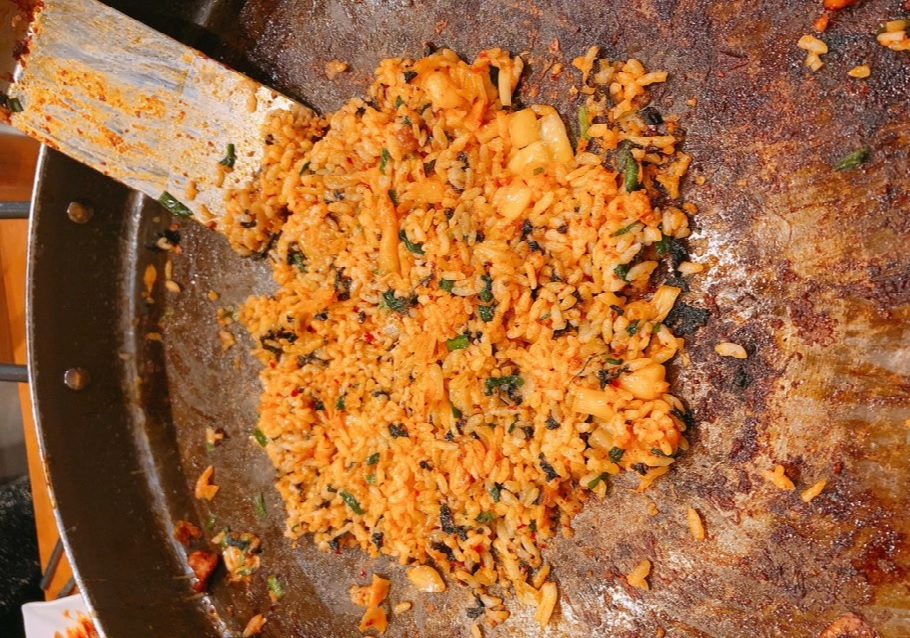 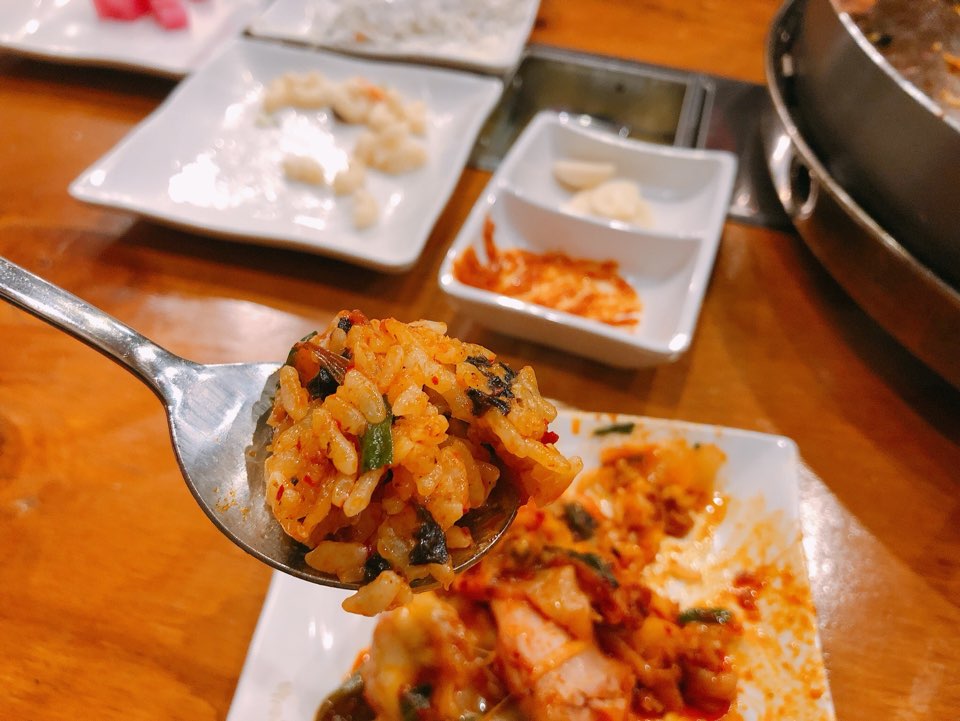 This is the fried rice that I mentioned above. It doesn’t look so good? It is really really good.

Chuncheon is the famous city for dakgalbi in Korea and as far as I know, it is the city of dakgalbi’s origin. Besides, an annual festival dedicated to dakgalbi is held in Chuncheon so you can visit there if you want a real one. It is still everywhere if you want dakgalbi near your house.

Please check the information below if you’re interested in visiting this place for Dakgal-bi.