The Most Common Street Food in Korea! Gimbap!!

I’ve seen many foreigners that already know about gimbap even if it’s their first visit to Korea. I guess Korean gimbap must be globally known to the world. Gimbap is a Korean dish made from cooked rice and other ingredients that are rolled in gim (dried laver). My mom used to pack me gimbap lunchbox whenever I had a picnic at the school. Gimbap is such a common and popular dish in Korea so it is very easy to find a gimbap place here in Korea.

There are so many kinds of gimbap based on the main ingredients. There should be rice rolled in gim sheet and I would say there are basic components that must be included such as yellow pickled radish, carrots, ham, spinach and egg strips. Those are for the normal kind of gimbap but if you have extra important ingredients and then it’s called based on the name of extra one. If it has canned tuna then it’s tuna gimbap, bulgoigi then bulgogi gimabap, cheese then cheese gimbap and it keeps going that way. 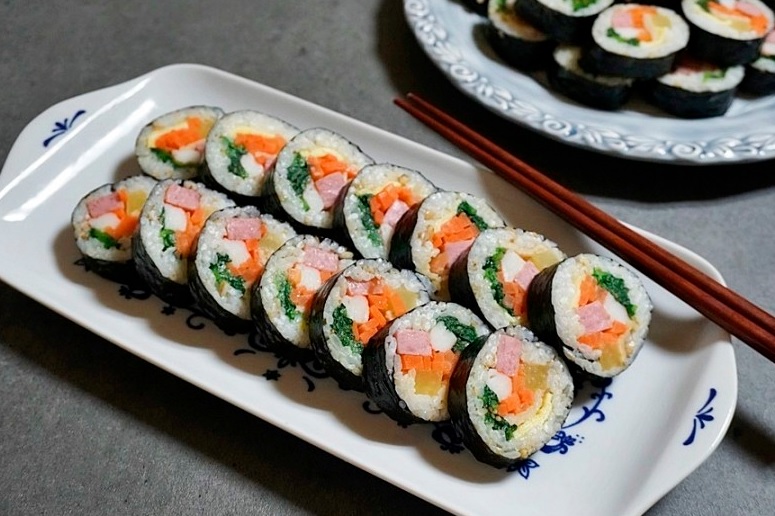 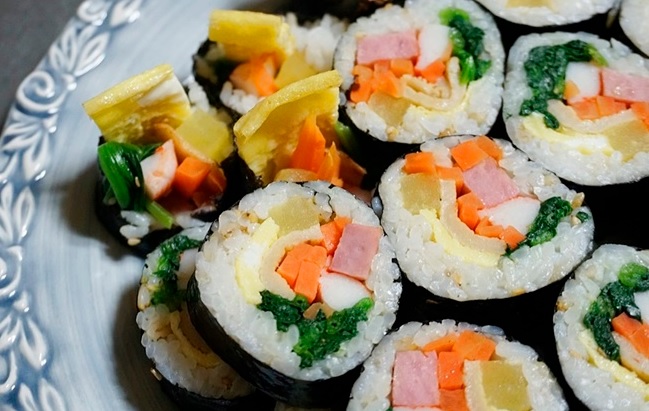 This one must be the normal one that everyone would enjoy. It’s the cheapest but still it’s very tasty. 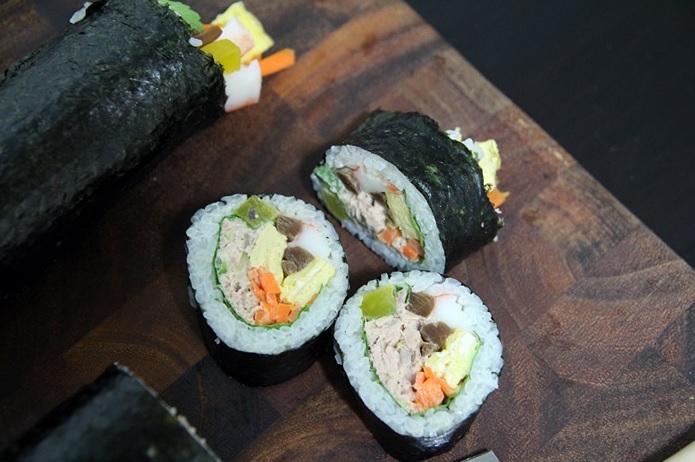 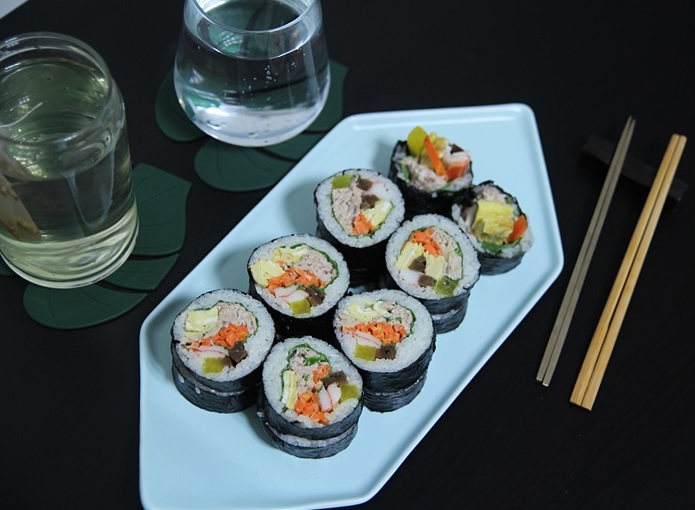 Can you guess what this is? It is the tuna gimbap. They put canned tuna mixed with mayonnaise inside the gimbap. It’s usually more expensive than the normal one. 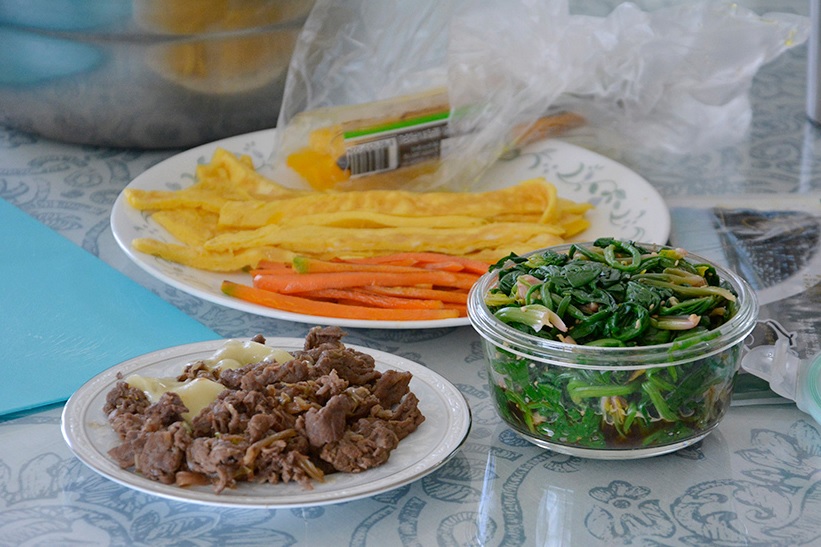 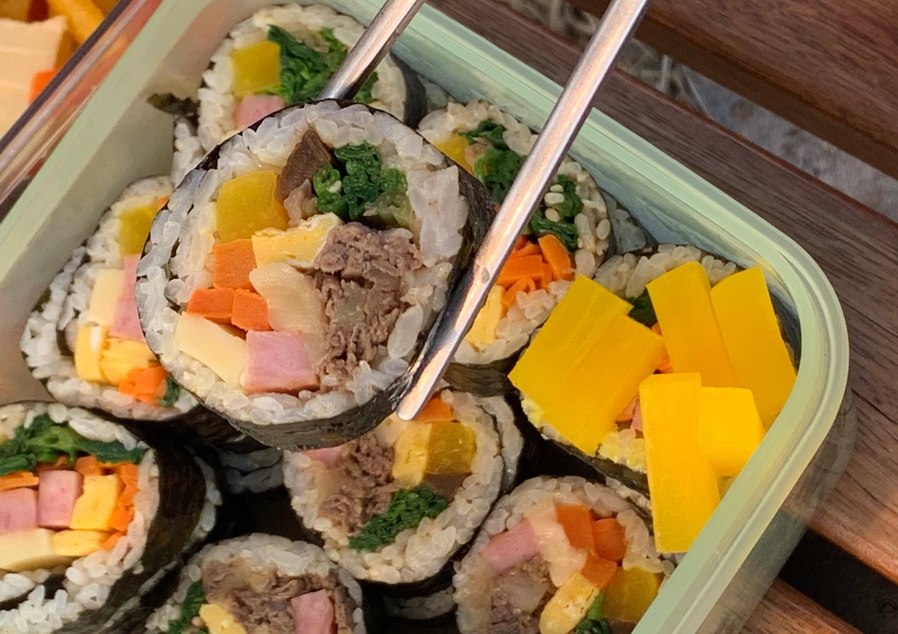 Do you know bulgogi? It is a Korean dish made of beef or pork in a Korean recipe. And if you have bulgoigi inside the gimbap then it’s bulgogi gimbap. Yes, it’s more expensive than other kinds for sure. 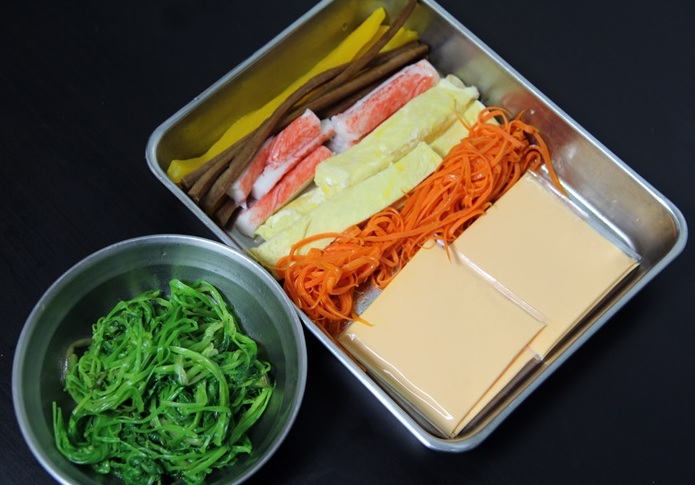 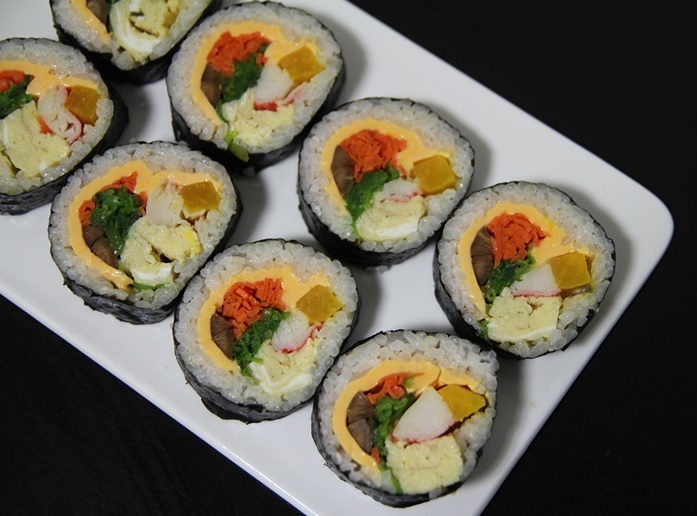 This kind of gimbap is not my type but many other Koreans like it. It’s called cheese gimbap and they put some slices of cheese inside. Do you think you would like it? Then you can try. 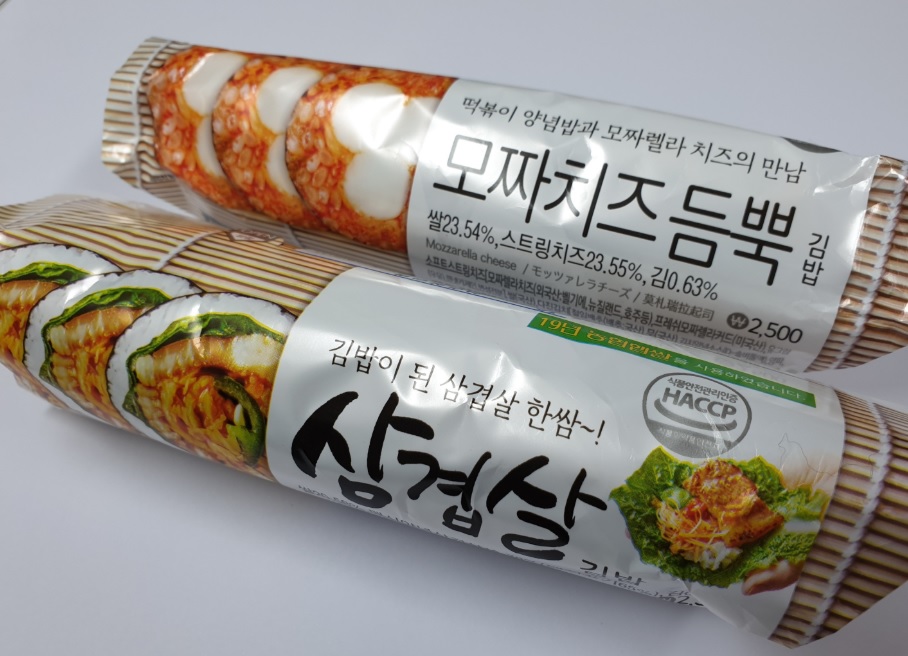 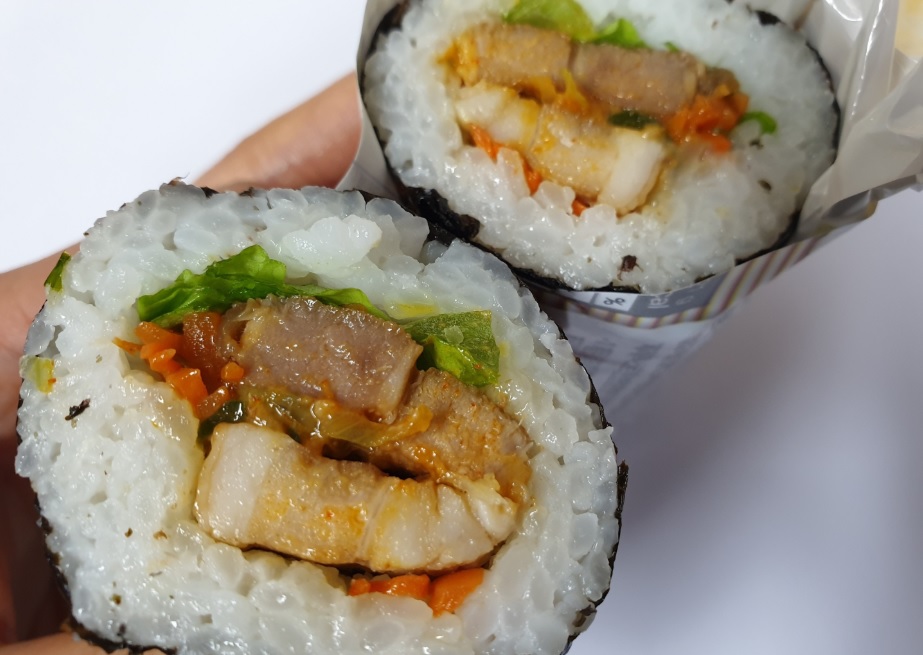 Location : Near the exit 4 of Cheonho station, line 5 and 8