When I was younger, I was able to visit many small amusement parks. They were not very popular but I had memories of those since I really enjoyed them when my parents brought me there. Now many of them are gone and only those big and huge ones could survive such as Ever Land or Lotte World. But there is an abandoned theme park that still attracts visitors in the Jungnang-gu area, Seoul. This one invites the people to share its creaks. I was surprised to see that so many people wanted to do it so.

Yongma Land was built in 1980s and it had been running for many years but they had several remodeling constructions and had financial problems so they eventually had to shut it down. Now in the hands of a local businessman, the old Yongma Land is open again. Now it’s for photography and many of them visit here to take photos in this deserted but charming place. I was told that this place is popular even for a wedding studio. It must be very unique. This site has also been used in many Korean horror movies and filming music videos. 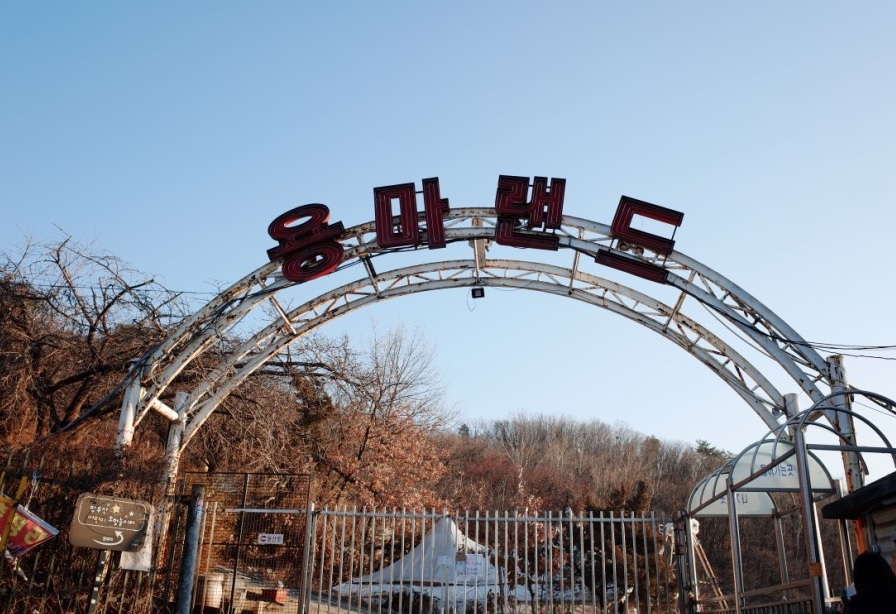 This is what it says, ‘Yongma Land’, the main gate. 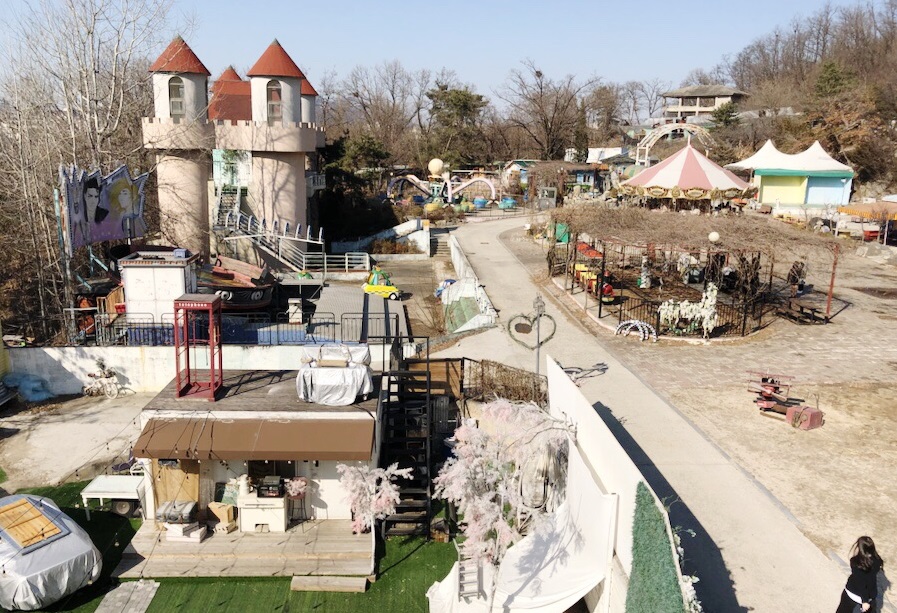 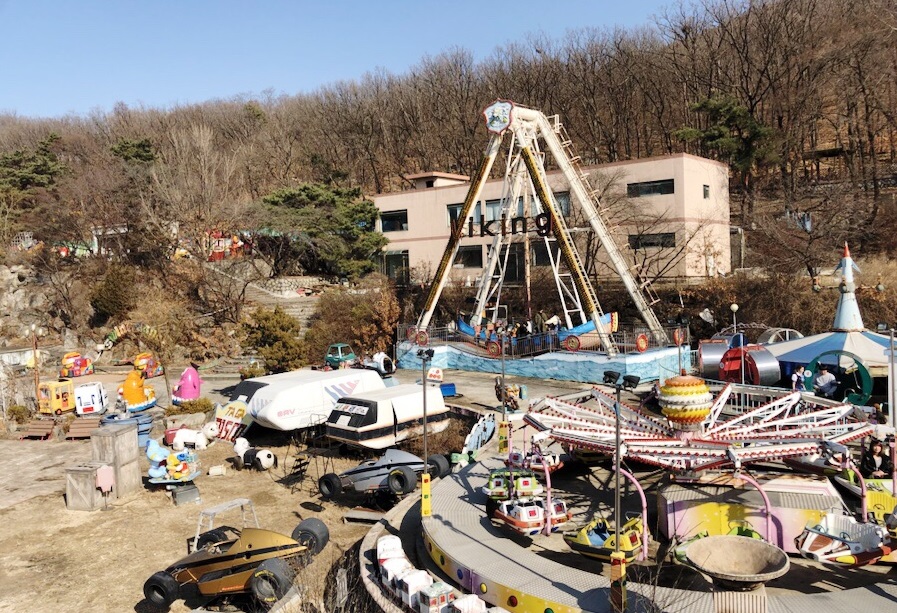 As you can see, the whole place is deserted with all the facilities abandoned. 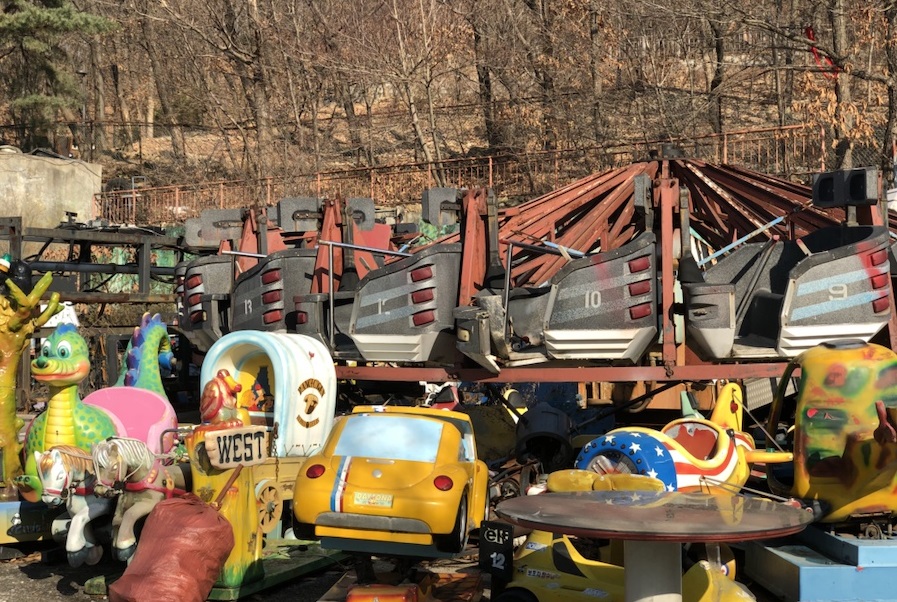 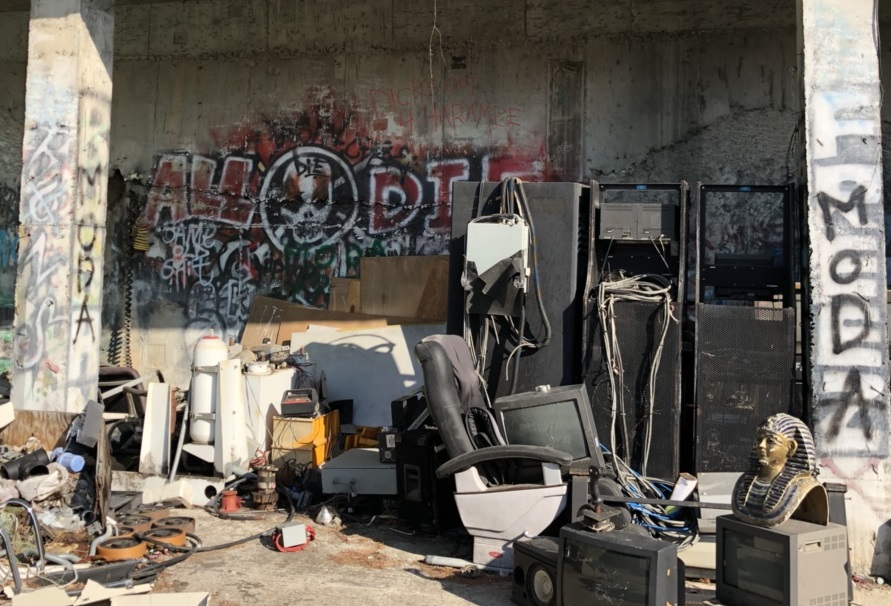 They all look like junks to me and it appears that delinquent teenagers painted the walls. 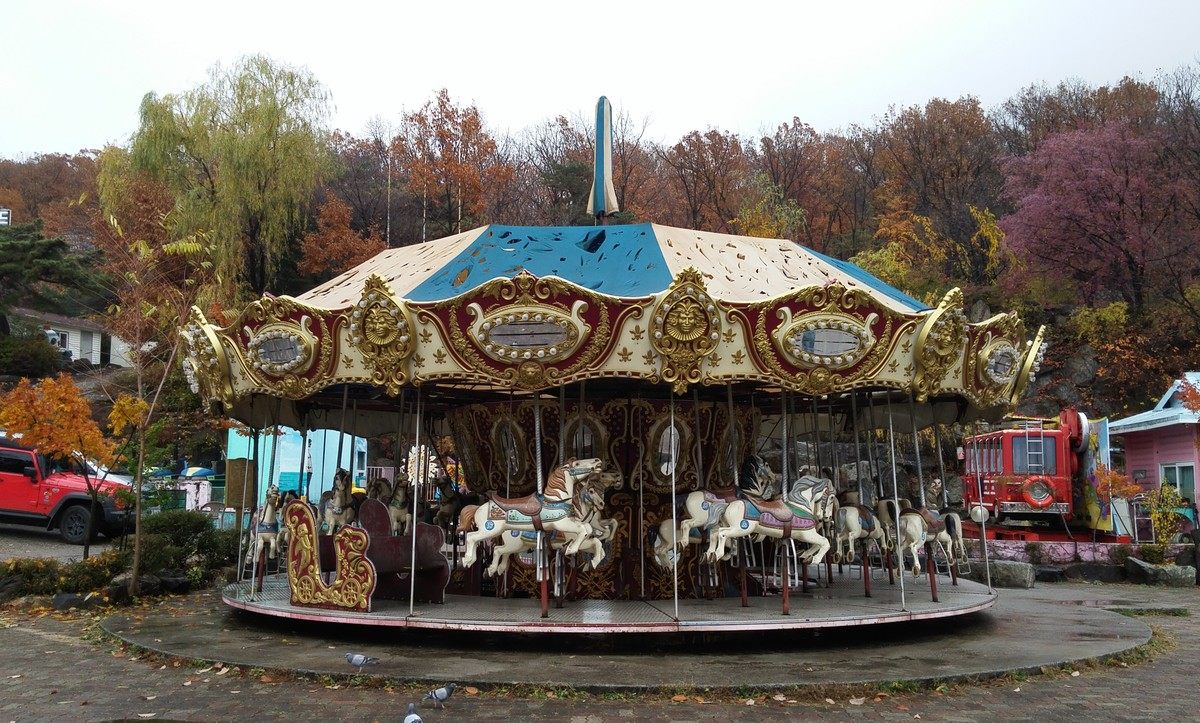 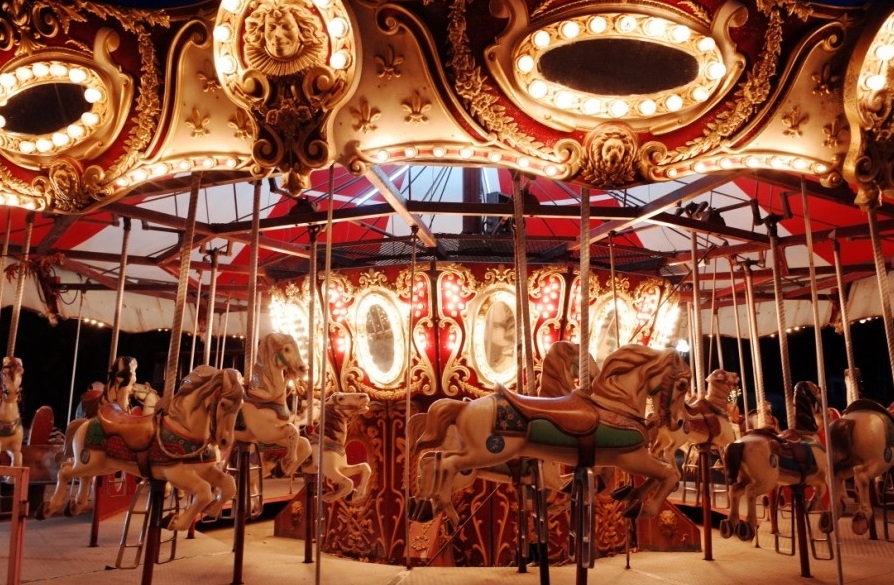 Look at that ghostly abandoned merry-go-round. But you know what? You can turn the lights on after 8 pm when you pay them 30,000 won. Look! It is beautiful.

Looks like the chopper has crashed down! Of course it’s not a real one.

I have no idea how to call this. Disco Round maybe? Look at those old paintings. I can recognize Michael Jackson and Madonna, ha. 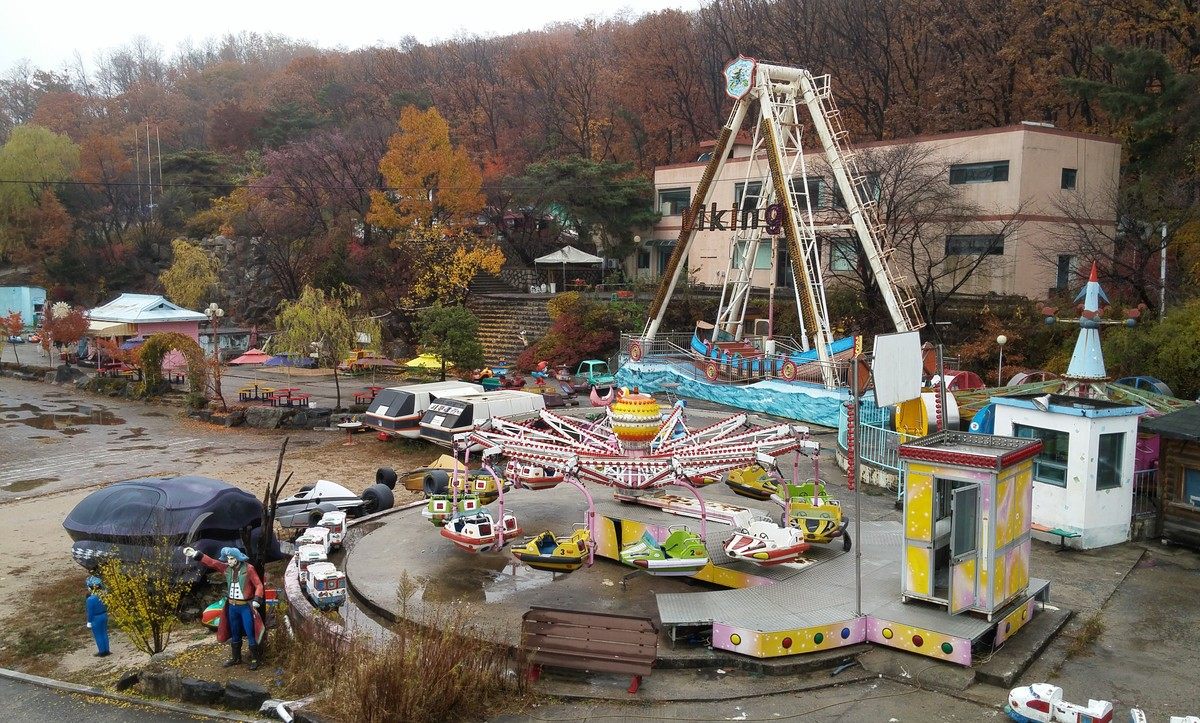 It’s sad that the whole place is abandoned. But at least it's still living in the people’s memories and hope that it lasts for a long time.

Here is some more information about this place if you’re interested in visiting here.